Well to start off…. We made it to Croatia! (Scroll for pics too!)

Traveling here was an experience in and of itself. Each of us came separately: Ian arrived on Sunday from California, Jack arrived Sunday from Long Island, and Jackson arrived Monday from visiting friends in Austria.


Ian spent 24 hours traveling (11-hour flight from LAX to CDG in Paris with a 5-hour layover before the 2-hour flight to Zagreb. Spent a while getting the rental car then a 2-hour drive to Rijeka). To avoid losing his water bottle in the airport security he impressed the French TSA agent by chugging 1-liter of water in seconds.


Jack started his 8-hour flight by spilling beer all over his seat. The German man next to him was laughing as he said it was time for the next beer! He landed in Munich where he had a four-hour layover before the beautiful flight over the alps to Trieste. “Then I played the waiting game” waiting 2 hours for the train to the bus station then waiting 3 hours for the bus to come. The bus was a 2.5-hour ride to Rijeka where the Airbnb host picked him up. Next, he waited for Ian… more to come on that.


Jackson and his mom flew into Vienna where family friends picked them up and showed him and his mom around their hometown (Love you Florian and Carol!). After making their way through Austria they caught a bus from Villach to Rijeka and Ian and Jack met up with them for a killer dinner in the city. The quick changes in languages got confusing so we often did not know what to say. For some reason, when flustered with which language to choose, we resorted to Spanish (which neither me nor my mom know) (it didn’t help).


Parking is an art, especially in our apartment complex. After Ian’s 24-hour journey and Jack’s 22-hour journey to Rijeka, we were challenged in parking our new rental car in a very difficult spot. The now not-so-new rental car (Ian says no one will ever find out what happened) eventually made it into the parking spot after a 45-minute ordeal. Since this adventure, we have been fortunate enough to have better parking options.


Parking at the office was also an adventure. Although we contacted the office in advance about the best places to park, we still managed to put our Renault in the one space that interfered with a semi-truck. Eventually this resulted in us being pulled out of our orientation meeting to appease the local garage. While being stared down by several angry locals and a truck driver, we relocated our vehicle (with the parking brake still engaged). We were immediately given special permanent access to the dental office’s parking lot.


The apartment is super pretty with great views of the park and port nearby. We do have plans to travel away this weekend (and most)!


Even with our parking travails, we firmly believe we have the best commute to work. Our half-hour drive takes us between mountains, over bridges, through tunnels, and along a beautiful coastal highway (with speed limits up to 90).


Our welcome at the office could not have been more inviting. We feel so lucky to be with the MSC employees and management. In our next blog post, we will discuss the technical work we are doing.

Hope you all have a great week :)


·       Rafael for helping us with Ship Constructor Software
·       Ms. Duletic for a fantastic start to our winter work
·       Mama Juska for overcoming her fear of heights 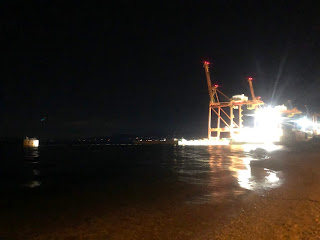 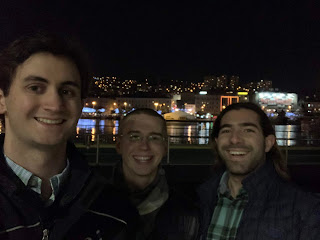 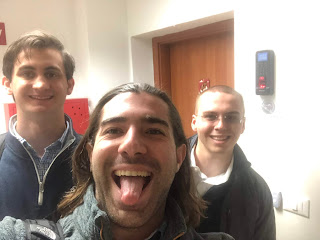 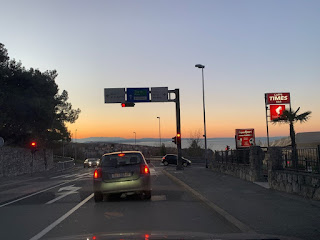 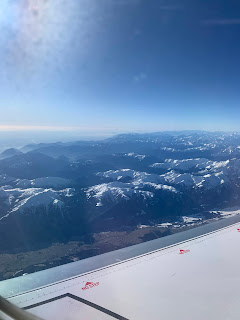 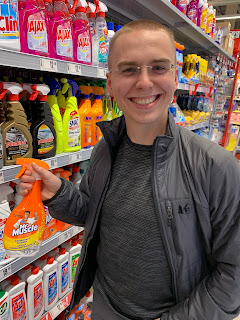 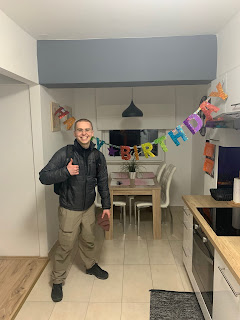 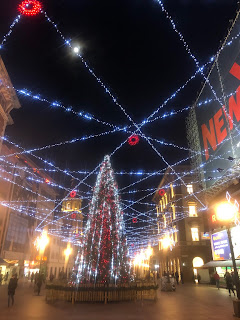